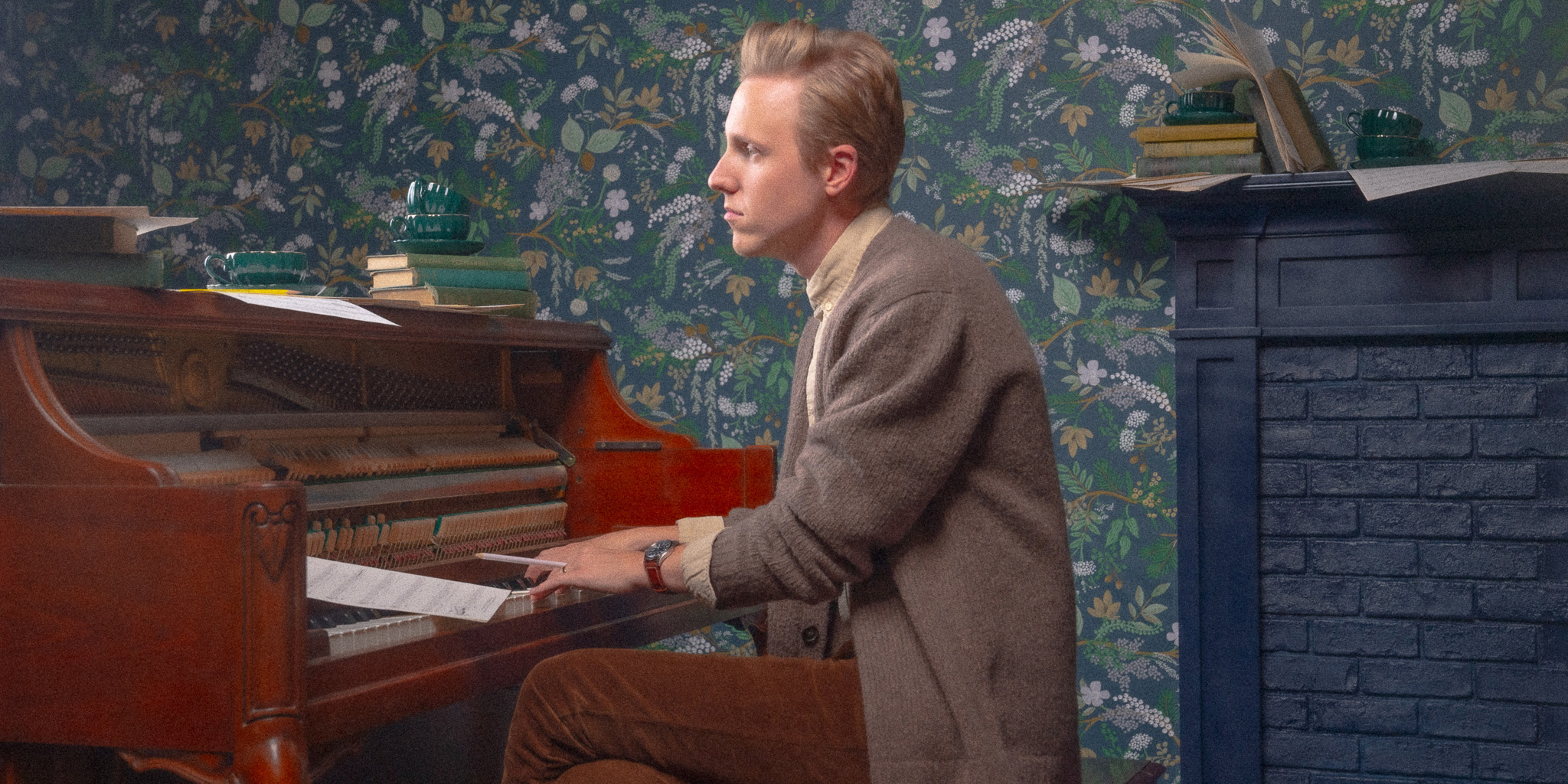 Cody Fry is a Grammy-nominated singer-songwriter, composer, and arranger based in Nashville, Tennessee. After going viral on TikTok with his cinematic pop hit “I Hear A Symphony,” Cody has been hard at work crafting pop music with an orchestral flair through the The Symphony Sessions, a six-song album that highlights his unique live orchestral touch. As a Finale user himself, we sat down with Cody to learn more about his creative process and use of Finale.

Starting with your most recent work, you’ve released several songs in the Symphony Sessions series – which includes your Grammy-nominated arrangement of The Beatles’ “Eleanor Rigby” – how did this series get started?

After the viral TikTok success of my song “I Hear a Symphony” I really wanted to deliver fans more content in the same style. Obviously, “I Hear a Symphony” is a very orchestra-forward song, and I was so encouraged that so many people seemed to resonate with the track because this is the type of music that I have always wanted to make. I felt like I had been given permission to lean in and make more music in that genre.

Since I had just released an album (Pictures of Mountains) prior to going viral, I was caught a bit off guard. I didn’t want to wait until I could write a whole new album to release additional content, so I decided on a project that would be a mix of originals, new versions of my older songs, and a cover. And so Symphony Sessions was born! It was the fastest way for me to start putting out new music and delivering something to my new fans.

What was the process like to coordinate all of those musicians?

So to be honest, pretty easy. I use a great orchestra contractor in Nashville and he does all the heavy lifting of contacting and booking. I basically just send him the instrumental configuration I’d like and he does the rest! The players in Nashville are insanely talented and I love working here.

You’ve spoken previously about your songwriting process, but I want to zero in more on the composition aspect – once you have a melody/idea in mind, how do you start the process of composing/arranging/orchestrating?

It depends on the project, but I want everything I do to be driven by the song. So the question I always ask is, “What does this song want?” and I arrange/orchestrate from there! For me, the entire goal of arranging is to elevate the song without getting in the way.

Once I’ve determined what the song needs, I usually begin mockups in Logic with virtual instruments. Other times I’ll begin directly in Finale with notation and do the mockup afterward. It depends on how complicated the chart is. The more complicated the arrangement, the more likely it will start in Finale. If the chart is simpler and more “feel”-based, I’ll vamp with virtual instruments in Logic so I can sort of get in a flow state on the keyboard and play ideas until it feels correct.

Do you find yourself favoring any particular instruments, instrument families, or sections when you’re creating a composition?

I’m pretty outspoken about my love of French horns (or Horns in F, as they are more properly known). Any day I can work in a fortissimo horn line is a great day.

How did you get started with Finale and how do you use it in your work?

My father is an orchestral composer/arranger also, and so I had Finale in my life at a very young age. I remember using Finale before “Linked Parts” were part of the program! It has always felt like the gold standard of music notation software. I am incredibly particular about how music looks in front of the player, and Finale allows me to get things exactly right. Beautiful charts make beautiful music. That’s a slogan you can have for free.

You’ve mentioned that you “want 4th graders today to see their instruments reflected in the music they actually listen to” – what advice would you give to the latest generation of young musicians that are just getting started on their musical journey?

There’s never been a better time to create music.

If I had taken meetings with record labels and brought them “I Hear a Symphony” with the pitch that it’s going to be a global hit, I would have been laughed out of every single conference room. But here we are! It’s been said ad nauseam, but the tools offered to creators with social media and the internet in general are absolute game-changers.

To young musicians, I’d say keep practicing and keep developing your musical sensibility. What you are doing matters whether it’s lead vocals or bassoon. There is a place for you in music. Keep working hard and you’ll find it.

Do you intend to continue with the Symphony Sessions, or are you turning your attention to other projects? Anything you’d like to mention?

I’d like to keep doing projects like Symphony Sessions but scale them up even more. I’m so excited about the future of this type of music, especially with the idea of remote collaboration involving fans from all over the world. My favorite thing about music is its ability to bring people together, and I hope to continue making things that can do just that.