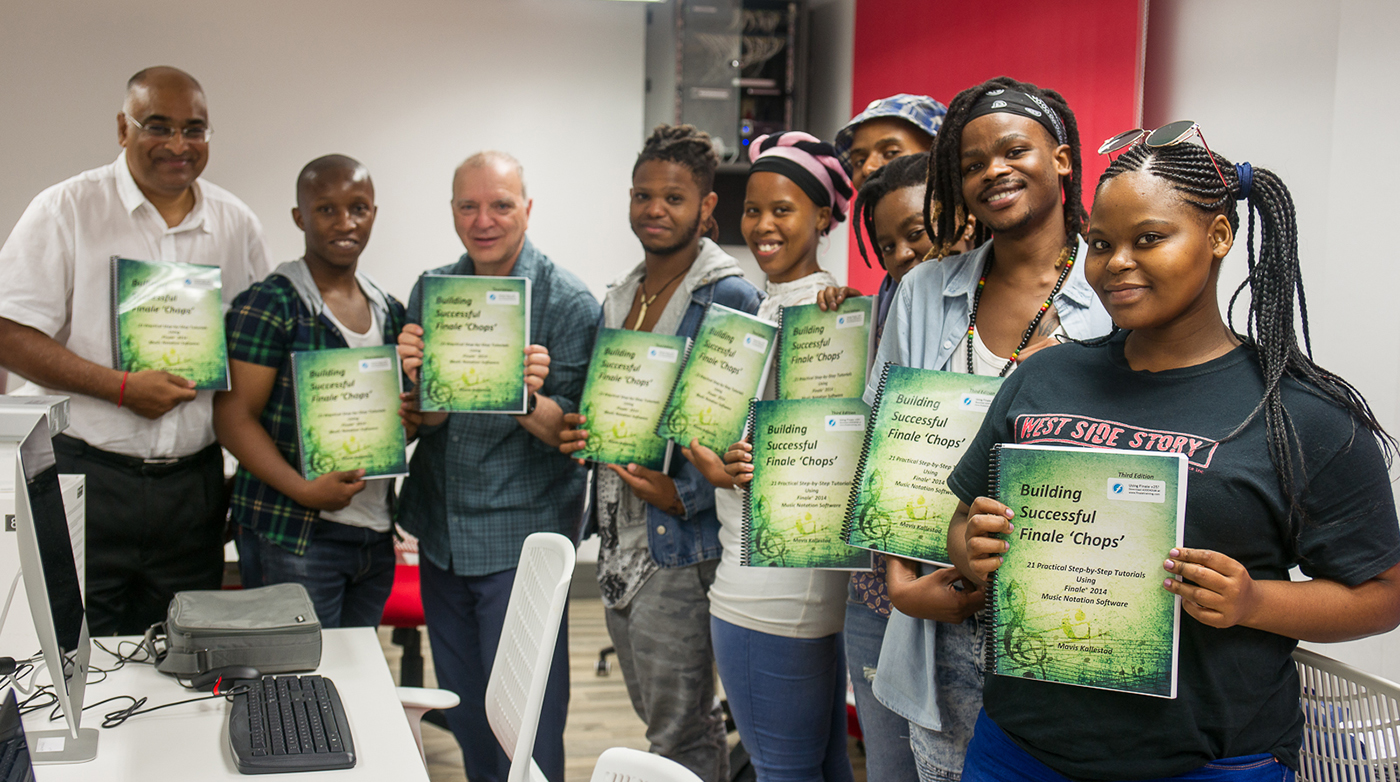 Bob Sinicrope (third from left) is a jazz musician, educator, and humanitarian. As a bassist, he leads two groups, the World Leaders and Sounds Global, and the list of who he’s played with reads like a Jazz Who’s Who. As an educator, he founded the jazz program at the prestigious preparatory high school Milton Academy in 1974, and continues to direct the program. (DownBeat magazine has twice named Milton’s Jazz Combo the winner of the small high school jazz group.)

Bob has simultaneously been a faculty member of Jamey Aebersold’s Jazz Workshops for more than 35 years and is also on the faculty of the Victor Wooten Berklee Bass workshop. He’s a past president of the Jazz Education Network, was the inaugural recipient of the John LaPorta Jazz Educator of the Year in 2007, and received both a DownBeat magazine Jazz Education Achievement Award and a National Youth Development Service Award in 2010.

Through his work as the director of jazz studies at Milton, he has taken many groups of students to perform in South Africa. There he’s formed close relationships with two township groups, the Amy Foundation and the Music Academy of Gauteng, as well as with the University of KwaZulu-Natal. Through his travels, Bob has played a crucial role in bringing more than $200,000 worth of donated music instruments and materials to underfunded South African school music programs.

This spring Bob was on sabbatical, again traveling the world and teaching and performing jazz. I spoke to him about his relationship with South Africa and his most recent adventures there.

How did your bond with South Africa begin?

This all started when I fell in love with the music of South African composer Abdullah Ibrahim. We were fortunate to have him visit our school. He arrived in the middle of a concert where we were playing his music. Later I was told he was in tears at the performance. After the concert he approached me and said you have to come to South Africa with me. And eventually we did.

You’ve since taken many groups of Milton Academy students to South Africa. The video made about your 2017 visit has some moving testimonials from students about the perspectives they gained from the experience. Clearly they come away with life-changing experiences that go beyond music.

It’s just done so much for our students to connect with people whose lives are so different – with people who are economically less advantaged. My hope is that people will look around because the discourse in our nation is ugly. I just think that if you get to know people who are different from you – what is it that John McCain says? “Our shared values define us more than our differences.” My hope for students is that they learn to connect – and music is an amazing way to connect. Athletics are pretty good, but you usually play against a team. But with music you play together – especially in jazz.

Both you and Milton Academy have a long relationship with the Amy Foundation. Can you share a little background on them?

Amy Biehl was a 26-year-old white American Stanford graduate who went to South Africa on a Fulbright Scholarship in 1993. She studied gender issues and she wanted to contribute. Everyone knew that the new constitution was coming for South Africa, and mostly it was focused on racial equality, but she wanted to make sure that the gender issue was being addressed.

After nine months there, the night before she was supposed to return home to America, she was driving a girlfriend home in a black township. There was a group of black youths marching – they wanted a white person because the police had indiscriminately fired into a rally they were having and killed some of their friends.

So they saw Amy, and they had no idea that she as there in support of their cause. She saw trouble coming, she ran out of her car, trying to reach the safety of a gas station, but they stoned her, she fell down, and they knifed her to death. Four young men were sentenced to 18-year jail sentences.

“Long Night’s Journey Into Day” is the title of an Academy Award-nominated documentary that highlighted four of South Africa’s  Truth and Reconciliation Commission hearings. The first of these was the Amy Biehl case. The film showed that her parents traveled from California – at their own expense – to testify on behalf of these four young men and ask for amnesty. In time, two of these young men became administrators in the foundation named for their daughter. It’s just a remarkable story of reconciliation and forgiveness.

Today the Amy Foundation offers programs to develop and empower youth who are living in challenged and vulnerable communities in the Cape Town area.

We’ve established an amazing bond with the foundation. In fact, if Milton Academy is in Cape Town on March 21st, as we have been every other year since 2003, they have a Township Jazz Festival, and if we’re not there, they don’t have it. So for a high school jazz group to be sort of the moving force behind a jazz festival is just beyond belief.

This year, on the first week of the South African segment of your trip, you visited Cape Town in part to assist them.

My wife [Frances Scanlon, who took the photos in this post] and I stayed at the Amy Foundation for a week. She’s a graphic designer and a photographer, so she worked with the Amy Foundation on developing a brochure and taking staff photos. We also worked with teachers during the day and went into the townships after school to work with their music programs. We’re so lucky to have these connections.

And you visited in the middle of a water crisis?

They were in the midst of a water crisis. They had had a three-year drought. They had dates set when they were going to have to turn the public water supply off, which is terrifying. Fortunately they were able to keep moving the date forward.

We stayed in a quasi-dormitory type setting. They had something like kiddie wading pools in the shower so, when there was sufficient water pressure for a shower, you could save the waste water to flush the toilet. It makes one appreciate the value of our natural resources and the importance of sustainability.

Then you flew a thousand miles across the country to Durban, on the Indian Ocean side of South Africa, to visit the University of KwaZulu-Natal.

One of my best friends in South Africa, Chats Devroop [seen at left in the group photo above], is the chair of the music department there. He had expressed his interest in setting up a Finale lab, so that was where we spent our second week. MakeMusic provided discounted software and Milton Academy contributed through a fund established for good works. “Building Successful Finale Chops” author Mavis Kallestad very generously provided 20 textbooks, which I brought over in a suitcase.

I taught eight Finale workshops. Some were for teachers and some were for students. Mostly they were arranging and composition students. I was surprised how many faculty members were interested, too. Mavis’ book is terrific. 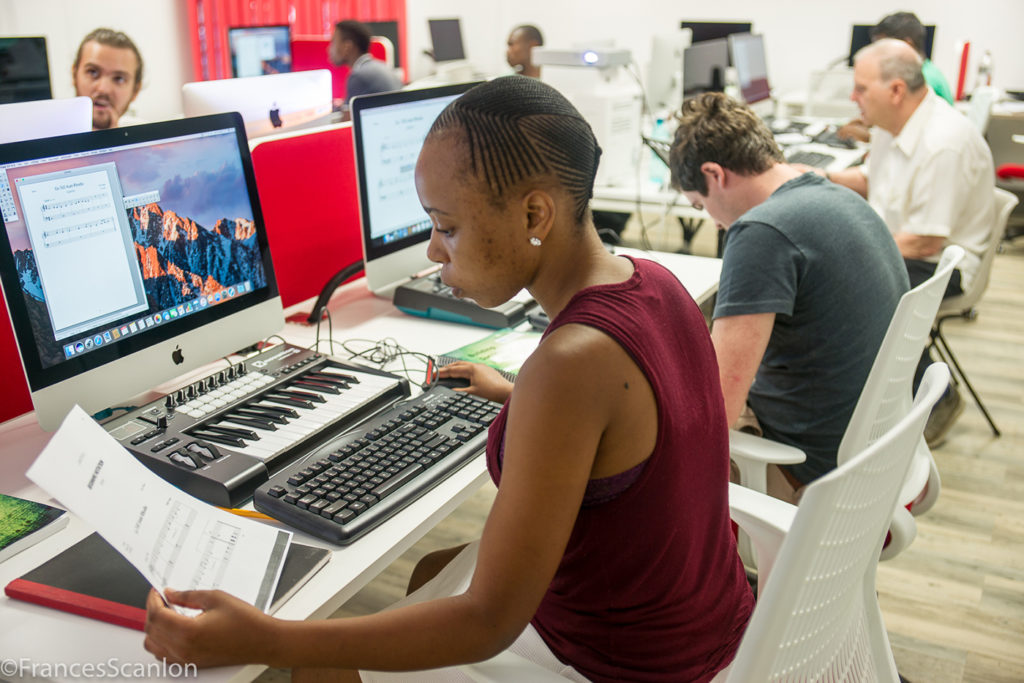 The classes were pretty open-ended – a few of the students I got to work with two or three times. I’ve been using Finale since the early 90s. I just love using it. My degrees are in mathematics; I’m a logical person, but there’s something very elegant about Finale.

I also taught a music education class, and five or six small ensembles.

Who attends the University of KwaZulu-Natal? Are there students from the township?

It’s a mixture. They have a lot of township students who are in the school. It’s a public school, and they do pay tuition, but there are a lot of scholarships available.

When will you return to South Africa again?

We are most grateful to MakeMusic and Mavis and Leigh Kallestad for their ongoing support of South African township music programs. Milton Academy is very fortunate for the special connections we have with our many South African friends and the transformational experiences we have during our visits. 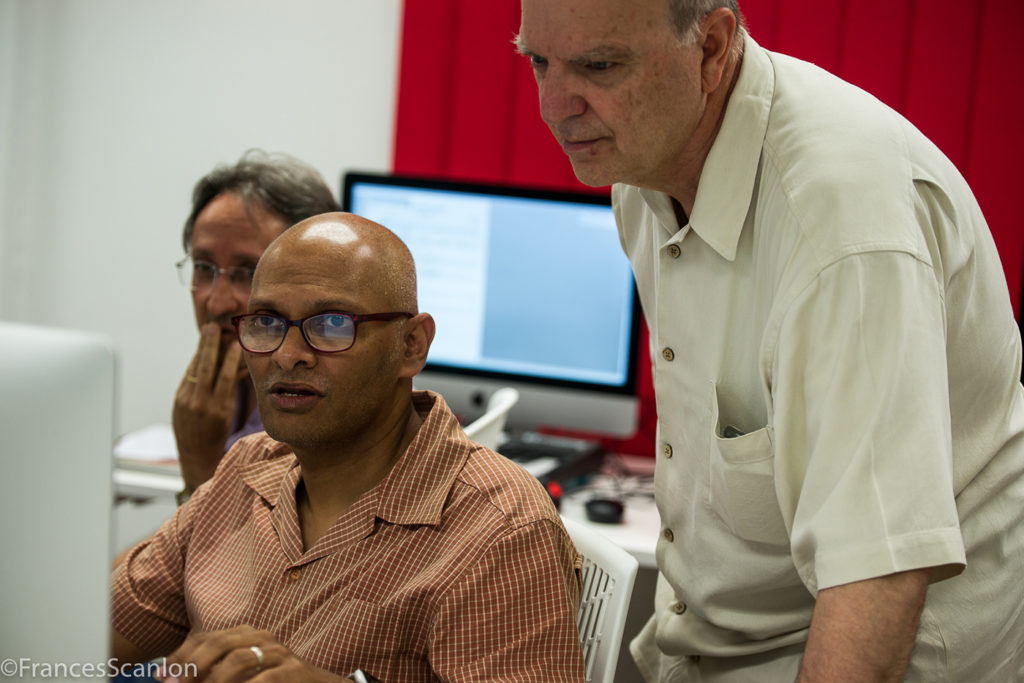 I’d like to thank Bob for all he’s done for all the music students he’s impacted. From sharing his time, expertise, and fundraising prowess with students in Africa, to introducing American students to the larger world. Sometimes as performing musicians we can get pretty wrapped up in ourselves (and what reeds or strings or mouthpieces to use) and Bob offers a great model in how we – as musicians – can also do so much for others.