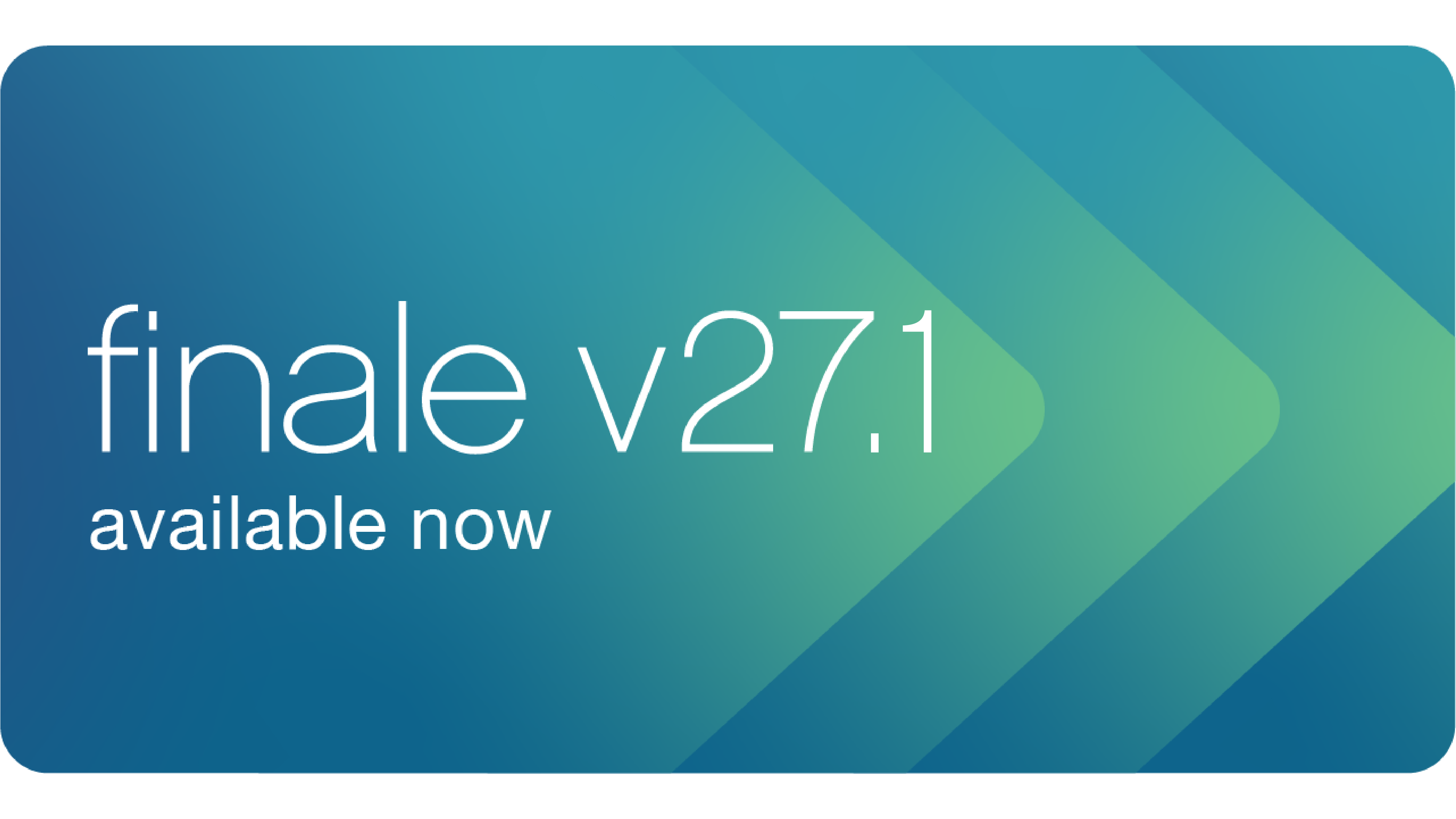 When Finale v27 was released, it was done so with commitment to making continuous improvements that would add to your Finale experience. Today, we’re excited to announce that Finale v27.1, the first of several free updates to version 27, was released today..

Finale v27.1 is a free maintenance update for owners of Finale version 27, offering new features and updates to existing functionality, including conversion from legacy to SMuFL-compliant music fonts, Human Playback recognition of markings using SMuFL fonts, improved MusicXML import and export, and a range of bug fixes and interface improvements.

View the full Release Notes for more information on the updates included in Finale v27.1.