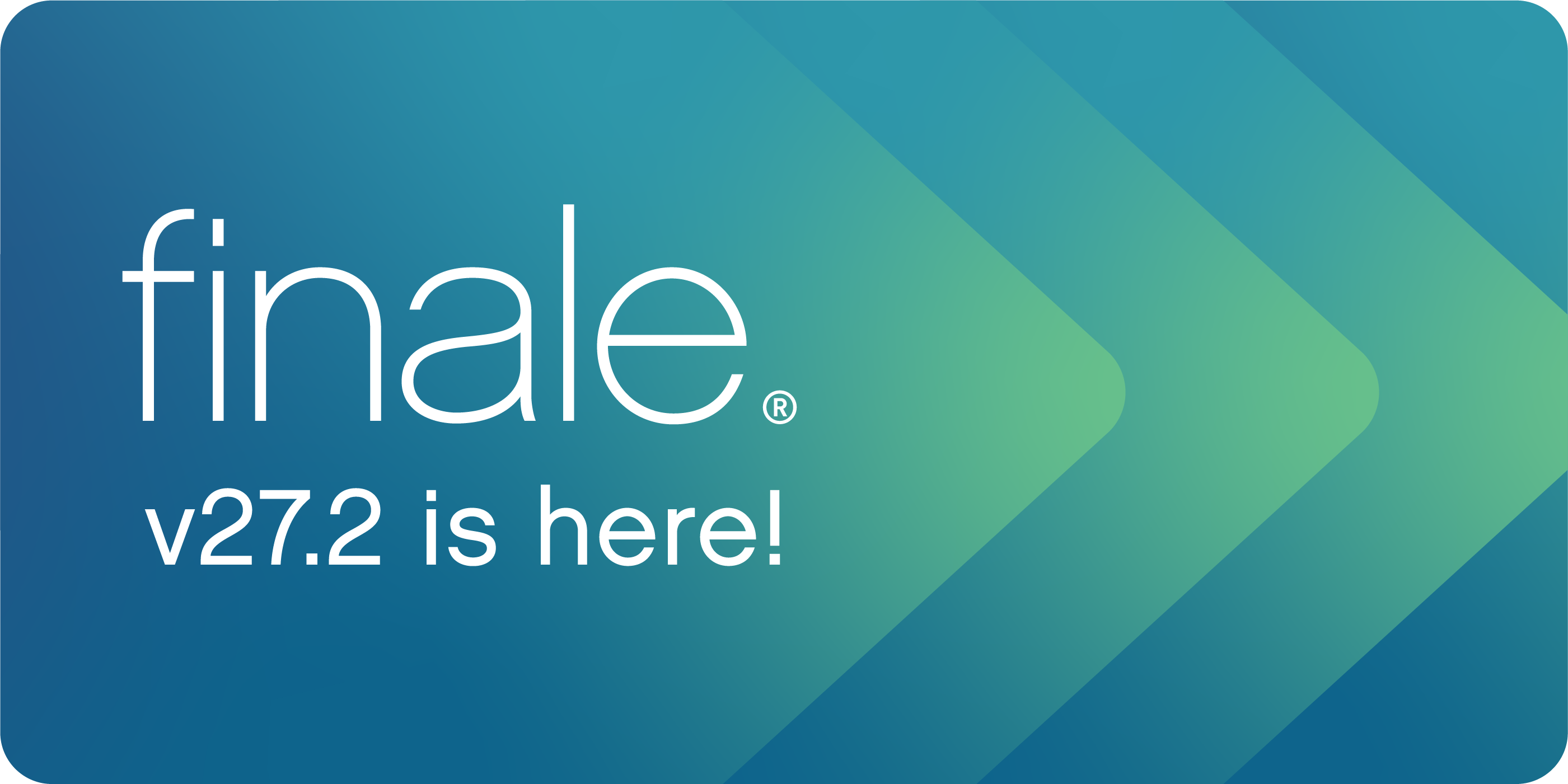 The latest free update to Finale v27 is available now!

This update builds on the new features released in v27 such as Standard Music Font Layout (SMuFL) support, sharing, and more. If you’ve been waiting to upgrade to Finale v27, now is the perfect time.

Updates in Finale v27.2 include: