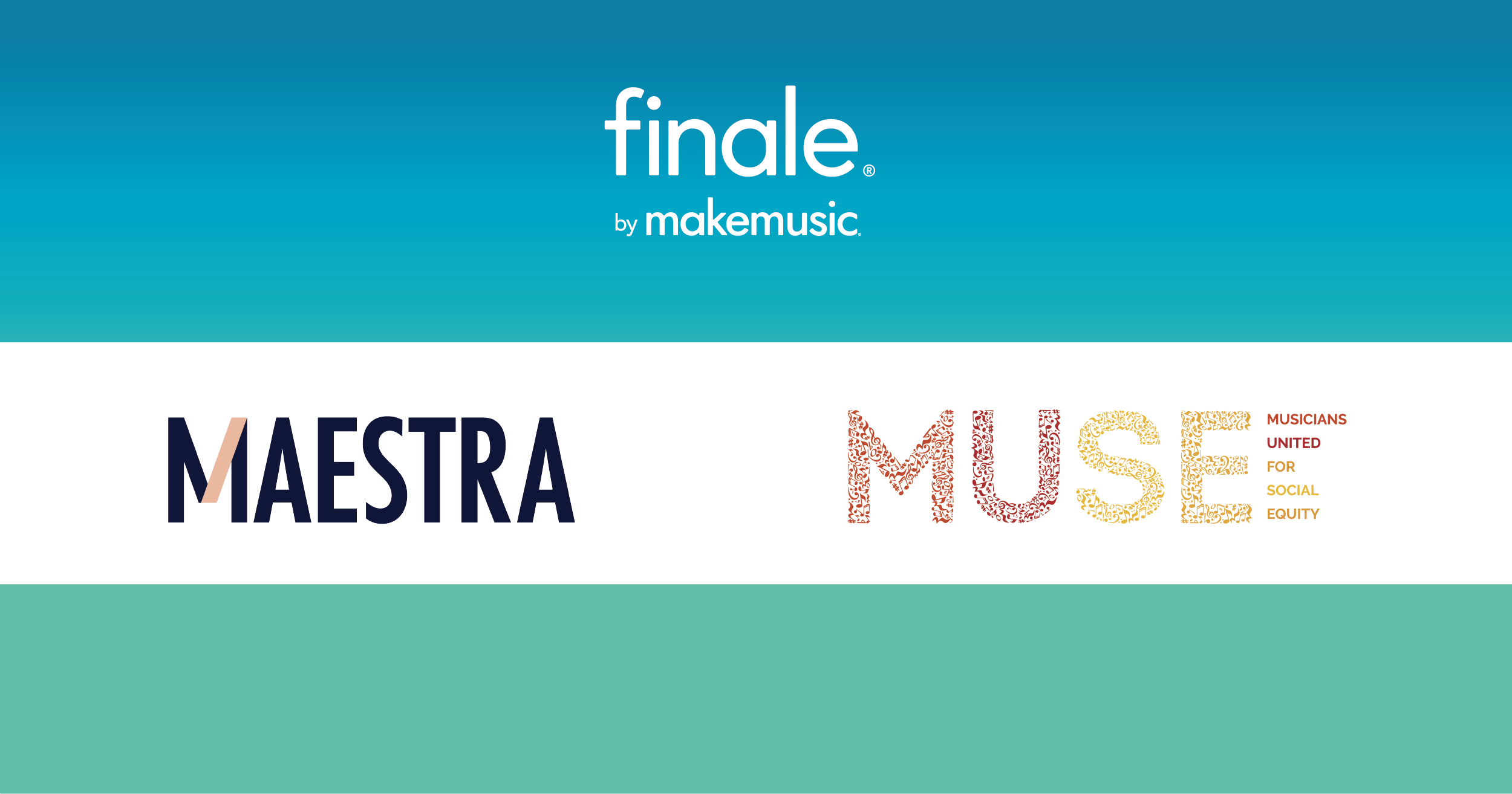 At MakeMusic we strive to promote diversity and inclusion among all music creators and believe that representation should be at the core of all music creation. Finale is proud to partner with Maestra and MUSE, two organizations that provide support and cultivate equity in the musical theater industry for women, nonbinary, and historically marginalized people of color.

We sat down with members from these two outstanding organizations to chat about their mission, membership, and use of Finale in the musical theater industry.

Get to Know The Presenters

Ted Arthur is a New York-based Music Director.  He is the Worldwide Associate Music Supervisor for Moulin Rouge! and was most recently the music director for Diana on Broadway which filmed in quarantine for Netflix. He was the music director for Cyrano Off-Broadway starring Peter Dinklage and was the Associate Music Director for The Prom on Broadway.  Ted has also worked on Mean Girls, Once On This Island, Dear Evan Hansen and Wicked. Ted is a proud member of MUSE (Musicians United For Social Equity) and on the Board of Trustees for Broadway Cares/Equity Fights AIDS.

Stephanie Leah Evans (she/her/hers) is a Score Manager/Music Assistant who specializes in Piano/Vocal upkeep and formatting, copy-editing, transcription, and team organization. Her versatility with numerous music programs, from Finale to Sibelius and from Logic Pro X to ProTools, readies her to assist and liaise for any Music Team! Previous credits include stage productions The Wrong Man (MCC Theater), Bob & Carol & Ted & Alice (The New Group), The Visitor (The Public Theater), and the upcoming Kiss My Aztec! (Hartford Stage). Stephanie also serves as an assistant to Alex Lacamoire, with whom she did Music Preparation and Score Coordination for the films In the Heights, VIVO, and Tick, Tick…Boom!.

Emily Grishman is a music copyist for Broadway, Off-Broadway and Regional theatre. Emily provides written instrumental parts and full scores that are used by the musicians and conductor of each show, working closely with composers, orchestrators, and players. Emily Grishman Music Preparation has supervised over 130 Broadway productions, countless other theatrical endeavors, film and TV projects and work for many individual artists. More than thirty years ago, Emily started out with pen and ink and since then has become an expert in the use of notation software. Emily is an active member of Local 802, American Federation of Musicians, ASMAC (American Society of Music Arrangers and Composers), and serves as Secretary of the Board of Maestra Music, a thriving not-for-profit that provides support, visibility and community to women and nonbinary people who work in the musical theatre industry. She teaches technical workshops and participates as a mentor to young women entering the field.

Joseph Joubert is a native New Yorker and Grammy award-winning musician whose wide-ranging accomplishments and talent as a pianist, arranger, orchestrator, Broadway conductor, and music director have taken him around the world. Most recently Mr. Joubert was Musical Director and Orchestrator for Roundabout’s revival of Caroline or Change. He just finished being guest conductor for Encore’s Tap Dance Kid and is currently Orchestrator for Ford’s Theatre Grace. He has orchestrated and played for Respect starring Jennifer Hudson. As a record producer and arranger/orchestrator he has worked with Diana Ross, George Benson, Patti LaBelle, Whitney Houston, Cissy Houston, Jennifer Holliday, Dionne Warwick, Luther Vandross, Norm Lewis, Diane Reeves, Denyce Graves, Esther Hinds, and Harolyn Blackwell. His orchestrations are used by symphonies across the USA including The New York Philharmonic and Philadelphia orchestras. He is a founding member of MUSE.

MAESTRA Music provides support, visibility, and community to the women and nonbinary people who make the music in the musical theater industry. Our membership is made up of composers, music directors, orchestrators, arrangers, copyists, rehearsal pianists and other musicians. The organization’s initiatives include monthly educational seminars, mentorship programs, technical skills workshops, networking events, and online resources and partnerships that aim to promote equality of opportunity and to address the many historical disadvantages and practices that have limited women and nonbinary composers and musicians in the musical theater.

Musicians United for Social Equity (MUSE)’s mission is to cultivate more racial equity in theatrical music departments by providing access, internships, mentorships, and support to historically marginalized people of color. MUSE aims to challenge systemic acts of exclusion and support musicians as we transition to a more diverse and inclusive environment for all.