As mentioned previously, multiple free-of-charge releases are part of our new continuous development and release initiative. In other words, we plan to share improvements more frequently rather than saving them up in big batches. This release includes new features, bug fixes, and significant investments under-the-hood.

As seen above, the Simple Entry cursor color now reflects the currently selected layer. This provides a little extra visual feedback to prevent you from mistakenly entering notes in the wrong layer.

We’ve also provided more control over how things look on the page. The opening width of short and long crescendo/decrescendo markings are now independent of each other and can be set in the Smart Shape Options dialog box.

It’s now easier to use Unicode musical symbols as accidentals in nonstandard key signatures thanks to an added Symbol button in the Symbol List dialog box.

We’ve made several improvements to MusicXML import and export. In MusicXML Preferences we’ve added “Restrict MusicXML formatting.” This option allows you to import a MusicXML file into a Finale template without overriding formatting options within the Finale file. On the other end of the process, MusicXML Export now supports nonstandard key signatures created with Unicode symbols.

Want to see all the features that have been added in Finale 25.3 (and earlier versions)? The Finale User Manual lists them in these “New Features” sections for Mac and Windows.

The updated Finale User Manual provides a complete list of all Mac Fixes.

The updated Finale User Manual provides a complete list of all Windows Fixes.

We continue to make significant investments under-the-hood, improving Finale infrastructure (or code base) to set the stage for additional improvements in the future. While much of this work may not produce measurable improvements in the way Finale works today, to not mention them would seriously under-represent the work we’re doing on the behalf of Finale users.

A third area of investment is a little more difficult to talk about. It has to do with “globals.”

Every time you open a Finale document, the document options configured in that piece are loaded from a list of variables with global scope.  A more modern software practice is to define these values in classes with a more limited scope.  It would seem like an easy thing to tell software to define and access these details somewhere else, right?

In practice, it’s a little more involved, but taking the time to address this today positions Finale well in the future, making it easier to understand, and modify the code into manageable classes. In addition to general performance improvements, this work will help Finale make better use of multi-threaded processors and to someday allow users to make edits while Finale is playing back (for just one multi-threading example). 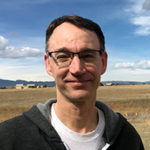