Michael Roth is a Los Angeles-based composer, music director, orchestrator, sound designer, and pianist who first came to my attention through his work with one of my personal heroes, Randy Newman. With Randy, Michael has served as a music director, arranger, and editor.

Their collaborations include Michael’s work on the 2008 album Harps and Angels, orchestrating his Faust for the theater (produced in La Jolla and Chicago), co-conceiving (with Randy and Jerry Patch), music directing, orchestrating, and playing piano for The Education of Randy Newman in Costa Mesa and Seattle, and editing five wonderful Newman songbooks for Alfred Music Publishing. Michael also worked with Randy as a music director and vocal arranger for some of his songs for Disney’s widely anticipated return to hand-drawn animation, The Princess and the Frog, due in theaters in December 2009. And he will be working in some capacity on the new theatre piece in Los Angeles, Harps and Angels.

While of particular interest to me, his work with Randy (which Michael refers to as an extraordinary and unique cottage industry) represents just a small part of Michael’s life and prolific musical output. Michael has worked extensively in chamber music, film, dance, opera, musical theatre, and especially theatre, having composed music and sound for more than 200 theatre projects and world premieres over the past 30 years.

Michael’s chamber piece, STREICH (a rag for solo flute, violin, viola, & cello) recently was among the winning compositions at the first annual American Composers Forum/Los Angeles Composer’s Competition. He’s composing the score for Des McAnuff’s upcoming production of The Tempest (featuring Christopher Plummer as Prospero) at the Stratford Shakespeare Festival in Canada (their third collaboration at Stratford), and his score for Matthew Wilder’s independent film Your Name Here, starring Bill Pullman, has recently been heard at a long list of festivals prior to its premiere on IFC in 2010. And these are just a few of his current projects.

Michael’s acclaimed experimental chamber opera, Their Thought and Back Again, was described as music “one could imagine Charles Ives composing had he lived long enough to encounter rock-and-roll and beat poetry.” Over the years Michael has collaborated with Tom Stoppard (on the American premieres of two of his plays), as well as with Lee Blessing, Anne Bogart, Alice Ripley, Sarah Ruhl, Mac Wellman, Culture Clash, and many others.

Michael has been a composer and artist-in-residence at both La Jolla Playhouse (more than 35 productions) and South Coast Repertory (more than 45 productions), where his productions have included the world premieres of several Pulitzer Prize winners. George Winston recorded Theme for a Futuristic Movie, a very early piano tune that Michael wrote as a music theory exercise when he was a 16-year-old student on Long Island; “I gave a copy to George when we were both hanging out in the summer of 1971 at the Stanford University coffee shop.”

He has accompanied and coached many singers from Alicia Keyes to Marni Nixon, and I’m simply skipping over countless Broadway productions, film credits, Pulitzer Prize-winning productions, and more. To get a better idea of the breadth of Michael’s busy career to date, visit his MySpace page.

Composers often make different demands from their notation software than do orchestrators, editors, or arrangers. Michael wears all these hats and more, so his needs are varied, and Finale meets all of them. Michael offers the following thoughts about Finale:

“I think I might approach this from out of left field somewhat. One of the best and most unique composers of my generation is Andrew Violette, who I know very well and is a good friend. I admire his work and its integrity very much. When we’ve discussed the virtues of notation software, he’s indicated that handwritten manuscript works best for him. I think this may be due in part to his ability to hear in his head – incredibly well – all manner of variations he might consider enacting upon his musical ideas.

Of course that works for me as well.  But, to be honest, I don’t think I can quite match his ability to simply hear everything at once, and in that spirit Finale has allowed me to more readily create more experimental constructs than I might even imagine without it – and of course I can see and hear the result right away. For example, I’m often interested in all manner of canons – with pitches, rhythms, timbres, et al – counterpoint is probably the musical element I think of most often whenever I write. I might wonder what a section would sound like if I moved everything canonically by a fraction of a beat, or two beats and a fraction, et al, even three or four measures and an odd fraction – any manner of ways to establish a sense of having two or more senses of downbeat, working polyrhythmically, all at the same time – and then construct variations on top of that. Obviously, some of this thinking comes from Nancarrow.

Finale gives me the flexibility to try anything, letting me hear and see it right away, and then adjusting everything beat by beat, measure by measure – refining everything, all elements, knowing that I can change a lot of elements quickly to make the contrapuntal ideas better and more vivid. It’s quite something, and I’m sure it has led me to compositional ideas that I might never have thought of otherwise.

Plus it’s nice to hear these ideas played back with the built-in Garritan instruments – they’re a big step up.

Composing as much as I do for theatre and film, I’m more often than not under the gun, so it’s great to know that – in addition to the counterpoint ideas discussed above – I can shift parts around, harmonize, move instrumental ideas around, even create ossias efficiently and accurately. I’m often refining, making last-minute changes, before I’m absolutely sure I’m done.

Then I e-mail files to the great copyist/collaborators I work with. For example, at the Stratford Festival, where I seem to be, gratefully, doing a great deal of work nowadays, I can rely on the exceptional Finale expertise of both the principal copyist I work with, John Montgomery, and Don Sweete who runs the music office.

Well of course Finale has been indispensable for all the work I’ve done with Randy, particularly the songbooks of which I’m very proud, including Randy Newman Anthology, Bad Love, Randy Newman Songbook Volume 1, Harps and Angels, and especially the Anthology Volume 2, Music for Film, Television, and Theater, which contains piano suite/reductions of his orchestral film music, something that would have been really tedious to even imagine without Finale.

It was the intention from the beginning to make these books as accurate and definitive as possible, approaching them almost like Peters Editions, and happily the good folks at Alfred, especially Bill Galliford – with whom I’ve worked most closely – are great at what they do, and absolute Finale masters.

Basically we exchange Finale files via e-mail until we’re done – sometimes they’ll do an initial transcription, sometimes I will, and then I add various elements from sitting with Randy as he plays the songs, or I take elements from his demos and orchestrations and incorporate them (sometimes from older and different Finale files in various archives et al). The books I’ve edited are done completely in Finale, and in fact, no hard copies of the music are sent until we get to the galley stage.

I probably use Finale in one way or another every day – and I have been using it for more than 15 years – frankly, at this point it’s an indispensable part of my music, and I can’t imagine working without it.” 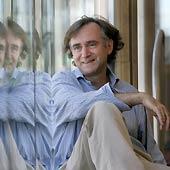