The event, titled the International Conference on New Music Notation, proposed to standardize notational signs and procedures, preferably building on tradition, that allowed immediate recognition (presumably across language barriers), could retain intelligibility when rendered inexpertly by hand, made efficient use of space, and so on.

The conference produced a report that listed all approved signs, which was published in Interface—Journal of New Music Research, in November 1975.

One notational device that offers immediate recognition, regardless of language, is the use of icons to represent various percussion instruments in a score, and such icons were part of this publication. In the intervening years, many of the symbols suggested by the conference have come into widespread use by music publishers.

In creating a new percussion font for Finale 2011, MakeMusic’s Mark Adler set out to provide the most complete collection of this type of percussion character. Here are some examples from the resulting Finale Percussion font: 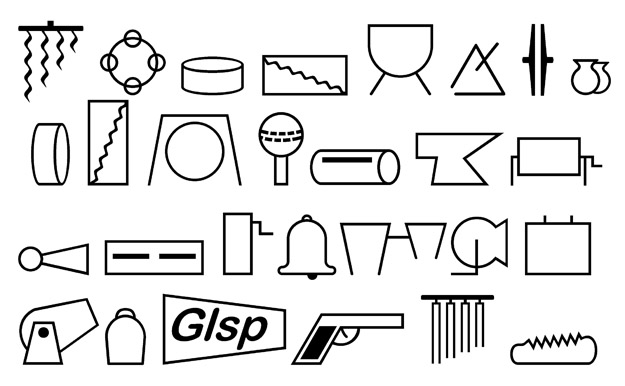 Some characters are unique to the Finale Percussion font, including castanets, vibraslap, and cannon. In addition the font (which is included with Finale 2011) provides handbell and mallet symbols as well as repeatable characters ala sine waves, scribbles, and more.

Now for today’s tip: A complete list of all of the characters in the font, the keystrokes required to access them, and a brief description of what they depict can be found in the Finale user manual. Here’s a link to that information, presented for both Macintosh and Windows users.

In perusing these character maps, you can see a few cases where two different icons represent the same item; this occurs when Mark felt that neither icon had become universally accepted — of course the evolution continues.

In an upcoming post we’ll learn more about Mark Adler, his role at MakeMusic, and his creations.

Are you using the Finale Percussion font in your work? Please share your experiences by clicking on “Comments” below.