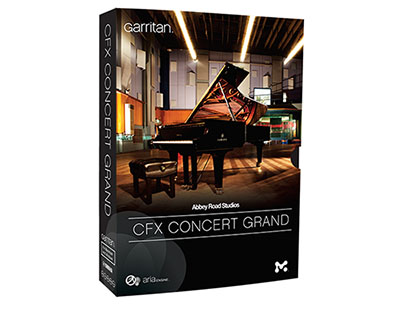 MakeMusic announced today the release of the Garritan Abbey Road Studios CFX Concert Grand. This is an incredible new virtual instrument that brings together a remarkable concert grand piano, the legendary recording processes and equipment of Abbey Road Studios, and the revered acoustics of Studio One.

Want to learn more? Visit Garritan.com: I won’t reiterate the details here. Instead, I’d like to share one personal experience with the CFX Concert Grand.

Every January, manufacturers of music gear demonstrate their wares in Anaheim, California at the NAMM show, the annual tradeshow of the National Association of Music Merchants. Although the CFX had not yet been released, we had a beta test version available in the MakeMusic booth this year. When we’d talk about this upcoming virtual piano, people would respond with polite interest. However, when they put on headphones and experienced it, something remarkable happened.

In some cases we actually encountered difficulty in getting people to relinquish our keyboard — or leave the booth — even after the show closed at night and they dimmed the lights in the hall. In other cases people left the booth in a hurry, saying things like “My editor/bandmate/partner/musical director has to hear this.” After the years of work the entire team has invested in its creation, it was awesome to see this kind of reaction and to know that others share our belief that this is really something extraordinary.

With that said, I invite you to hear it for yourself.